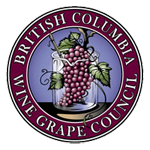 Acetic acid in wine is generally considered to be a spoilage product; acetic acid production can also result in the formation of other unpleasant volatile compounds such as ethyl acetate. By creating a single point mutation in the S. cerevisiae YML081W locus, we can reduce VA in wine by 32%. The production of H2S is a significant problem in the wine industry around the world. The pathways for H2S production have been studied by many laboratories around the world but it has not been fully elucidated. We have now identified a novel gene that regulates H2S production during wine fermentations.  By classic breeding we can mutate the S. cerevisiae YDL068W gene which will significantly limit/prevent the formation of H2S in wine.